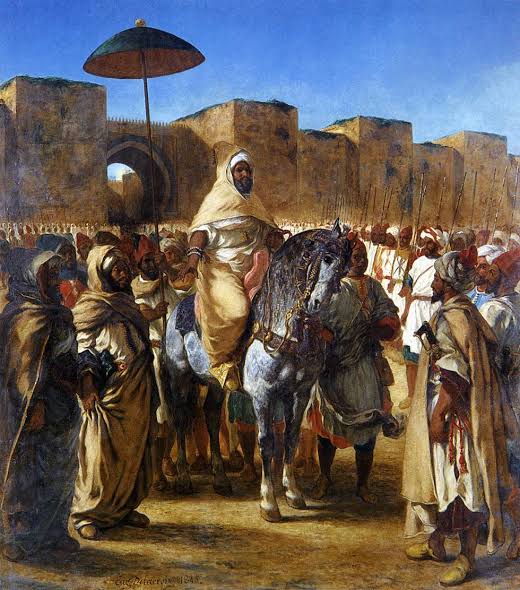 In 711 A.D, a group of North African Muslims called the Moors led by the Berber general, Tariq ibn-Ziyad, captured the Iberian Peninsula (modern Spain and Portugal) Known as al-Andalus. The territory became a prosperous cultural and economic center where education and the arts and sciences flourished.

Amidst the controversy of how long the Moors ruled the Iberian peninsula; the reality is that the Berber-Hispanic Muslims inhabited two-thirds of the peninsula for 375 years, about half of it for another 160 years, and finally the kingdom of Granada for the remaining 244 years.

The term Moor was first used by Christian Europeans to appoint the Muslim inhabitants of the Maghreb, Sicily, Malta, and the Iberian Peninsula during the Middle Ages.

The Moors originally were the indigenous Maghrebine Berbers. The name was later also applied to Arabized Iberians and Arabs

How the Moors conquered the Iberian Peninsula

In 711 A.D the Islamic Arabs and Moors of Berber descent in northern Africa crossed the Strait of Gibraltar onto the Iberian Peninsula; and in a series of raids, they overcame Visigothic Christian Hispania. Their general, Tariq ibn Ziyad, brought most of Iberia under Islamic rule in an eight-year campaign.

The troops mostly formed by Moors from northern Africa led the Umayyad conquest of Hispania. The Iberian Peninsula then came to be known as al-Andalus in Classical Arabic which at its peak included most modern-day Spain and Portugal.

In 827 A.D, the Moors occupied Mazara on Sicily, developing it as a port.  They finally went on to centralize the rest of the island.

Regardless, the amount of Moorish colonists was small; yet many native Iberian inhabitants converted to Islam. By 1000, according to Ronald Segal, some 5,000,000 of Iberia’s 7,000,000 inhabitants, most of those who descended from indigenous Iberian converts, were Muslim. 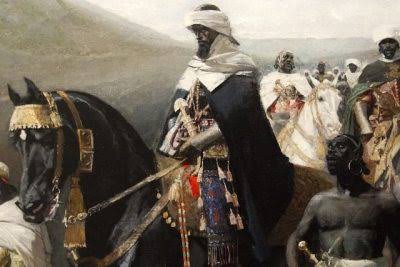 To maintain their newly won territory the Moors built giant fortress-palace complexes known as “Alcazaba’s”. Construction of the Alcazaba at Malaga had begun more than 200 years earlier; during the reign of Al Rahman’s Cordoba-based dynasty; but the Almoravids magnified the Alcazaba adding many of the hundred towers that survive to this day.

A series of fortified gates took visitors into the inner sanctum of the palace grounds.

The Moors were renowned for their gardens, and the use of water delivered by simple but ingenious irrigation methods to create an ambiance of peace and tranquillity to their surroundings.

Their territory stretched as far north as Zaragoza, near Barcelona, where they constructed a fortress-palace which hundreds of years later would be occupied and converted by Spanish monarchs. Many conquests of the Iberian peninsula were launched from the modern-day capital of Morocco, Rabat.

But today very few monuments from a century of Almoravid rule remain. In Marrakech, the most significant is a small shrine known as the Koubba, now undergoing restorative work. 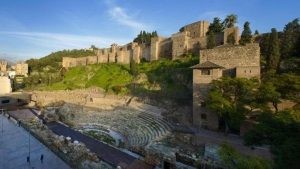 The beginning of the end for the Moors (Reconquista )

Differences in religion and culture led to a centuries-long conflict with the Christian kingdoms of Europe; which tried to reclaim control of Muslim areas; this conflict was referred to as the Reconquista.

The Caliphate of Córdoba collapsed in 1031 and the Islamic territory in Iberia fell under the rule of the Almohad Caliphate in 1153. This second stage was guided by a version of Islam that left behind the more tolerant practices of the past. Al-Andalus broke up into several tariffs (fiefs), which were partly consolidated under the Caliphate of Córdoba.

In 1224, the Muslims were ousted from Sicily to the settlement of Lucera, which was demolished by European Christians in 1300. The fall of Granada in 1492 marked the end of Muslim rule in Spain, although a Muslim minority persisted until their expulsion in 1609.

Languages that were spoken during the Moors rule

The languages spoken in the parts of the Iberian Peninsula under Muslim rule were Andalusian Arabic and Mozarabic. they became extinct after the expulsion of the Moriscos, but the Arabic language’s influence on the Spanish language can still be found today.

The Muslims were resisted in parts of the Iberian Peninsula in areas of the northwest (such as Asturias; where they were defeated at the battle of Covadonga) and the largely Basque Country in the Pyrenees.