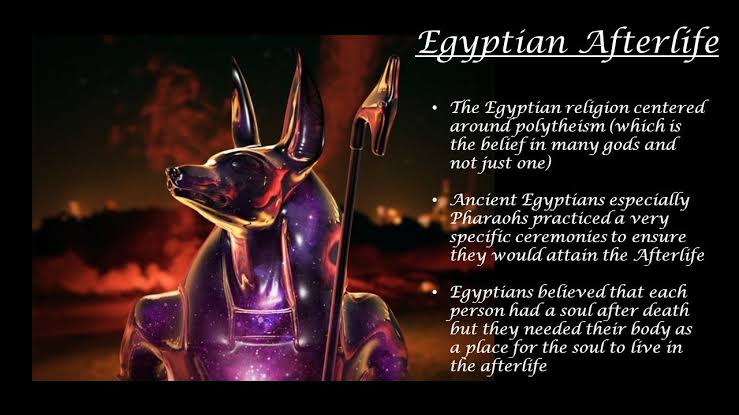 Ancient African spirituality has it’s very mysterious peculiarities. The belief in the Afterlife and life after death is very strong in all regions of Africa. One of the most interesting afterlife accounts is the Egyptian Journey of the Soul after death.

The Ancient Egyptians were people who worshipped many Gods and who Channeled several energies and belief systems; Chief amongst them was that the world was a gift to men by the gods and goddesses; whom they also believed were in control of the world of men and all the activities therein.

The ancient Egyptians also believed that the Soul which is called “Ka”, was a gift of the gods to the living man; a gift that would accompany a person to the afterlife, if the person had prepared well for his afterlife and had lived a fulfilled life.

They considered the afterlife to be another world in which a man could only live in  only if he successfully overcomes the difficulties; that he encounters in his journey to the afterlife and also if he was proven worthy to be granted an afterlife; at the completion of his judgment in the Hall of Truth (A beautiful place that was a reflection of a man’s life on earth).

According to LibertyAfrica, in ensuring that they be granted an afterlife, the ancient Egyptians pledged their fealty and gave homage to the gods, for as long as they lived and after their life on earth. In the event of one’s death, the living would mummify the dead man so that their soul would return to the body, giving it breath and life. 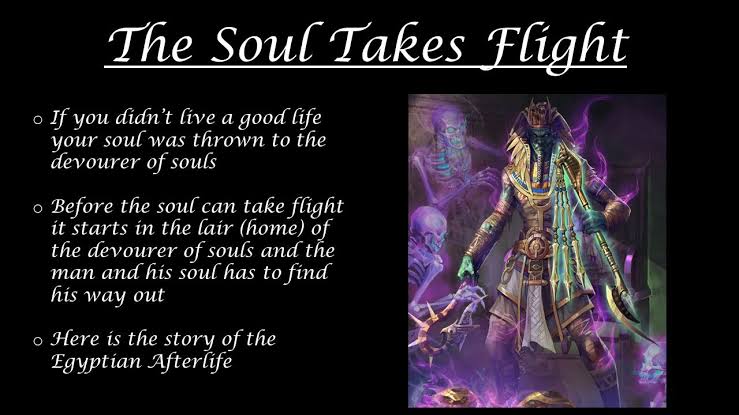 Thereafter, an elaborate ritual which is known as the “opening of mouth ceremony” which dates back to the pyramid age would be done on the mummy of the dead to prepare the deceased for the journey to the afterlife. This ceremony included incensing, cleansing, restoring of the senses; and purification of the Mummy which they believed was going to be the one to go on the journey to the afterworld.

They believed that the journey included the mummy traveling through the underworld; which was the home of monstrous reptiles and dragons; the mummy had to beware of before it arrives at the land of the gods (Duat). But, before his arrival at the Hall of Two Truths, he would have to pass through the seven gates first.

If he successfully passes through the gates, he would then be guided by Anubis (the jackal head god) to the Hall of Truth or the Hall of Osiris, which was said to be the place of judgment. 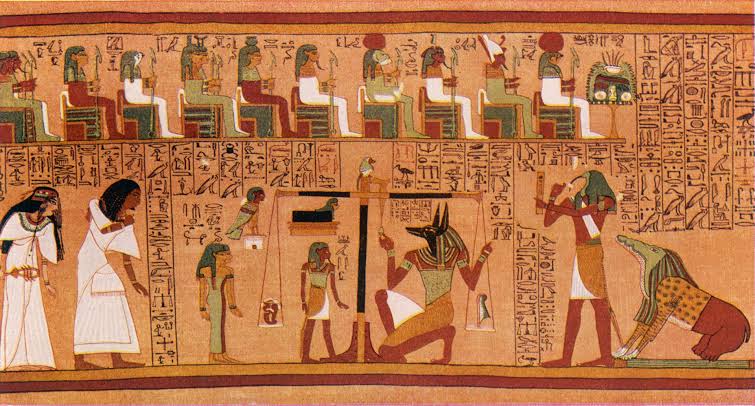 The Hall of Truth

At the Hall of Truth was believed to be seated forty gods of the dead which were going to perform the “weighing of the heart”; ceremony to judge whether a person’s actions and activities, while he was alive, were virtuous.

This ceremony was also believed to be overseen by Egyptian God, Anubis Osiris and also Thoth (the God of writing) who would record the entire proceedings.

At the Hall of Truth, the person would be required to honestly say from the list of 42 negative confessions, that they never indulged in. Thereafter, the person’s heart would be placed on a scale; which was believed to be counterbalanced by the white feather of Maat (the goddess of truth and justice).

If the heart was lighter or equal in weight to the feather, the person was considered just and he would be given immortality to live among his loved ones in an eternal paradise; (Field of Reeds) which was a mirror of his life and everything he had on earth.

If not considered just, his soul would be convicted to cease to exist and his heart would be thrown on the floor to be devoured by the monster goddess Ammut. And if a pharaoh passes the test; he became one with the god Osiris with the gift of everlasting life in paradise.