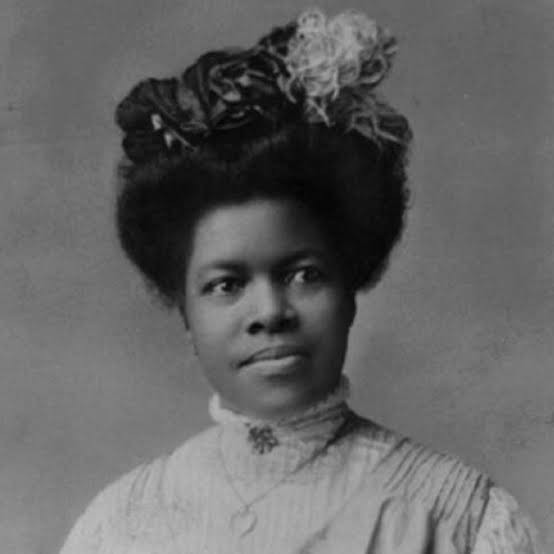 Nannie Helen Burroughs was born around 1880, to a formerly enslaved couple living in Orange, Virginia. Her father died when she was young, so she and her mother relocated to Washington, DC. Burroughs excelled in school and graduated with honors from M Street High School (now Paul Laurence Dunbar High School). Despite her academic achievements, Burroughs was turned down for a Washington D.C. public school teaching position. Some historians speculate that the elite Black community discriminated against Burroughs because she had darker skin. Undeterred, Burroughs decided to open her own school to educate and train poor, working African American women.  She devoted her life to the cause of black women and black people until her death in 1961. Below is the 12 things Nannie Helen Burroughs says a Negro must do for himself.

1. The Negro Must Learn To Put First Things First. The First Things Are: Education; Development of Character Traits; A Trade and Home Ownership.The Negro puts too much of his earning in clothes, in food, in show and in having what he calls a good time. The Dr. Kelly Miller said, The Negro buys what he WANTS and begs for what he Needs. Too true!

2. The Negro Must Stop Expecting God and White Folk To Do For Him What He Can Do For Himself.It is the Divine Plan that the strong shall help the weak, but even God does not do for man what man can do for himself. The Negro will have to do exactly what Jesus told the man (in John 5:8) to do; Carry his own load, Take up your bed and walk.

3. The Negro Must Keep Himself, His Children And His Home Clean And Make The Surroundings In Which He Lives Comfortable and Attractive.He must learn to run his community upnot down. We can segregate by law, we integrate only by living. Civilization is not a matter of race, it is a matter of standards. Believe it or notsome day, some race is going to outdo the Anglo-Saxon, completely. It can be the Negro race, if the Negro gets sense enough. Civilization goes up and down that way.

4. The Negro Must Learn To Dress More Appropriately For Work And For Leisure.
Knowing what to wearhow to wear itwhen to wear it and where to wear it, are earmarks of common sense, culture and also an index to character.

5. The Negro Must Make His Religion An Everyday Practice And Not Just A Sunday-Go-To-Meeting Emotional Affair.

6. The Negro Must Highly Resolve To Wipe Out Mass Ignorance.
The leaders of the race must teach and inspire the masses to become eager and determined to improve mentally, morally and spiritually, and to meet the basic requirements of good citizenship.

We should initiate an intensive literacy campaign in America, as well as in Africa. Ignorance satisfied ignorance is a millstone abut the neck of the race. It is democracys greatest burden.

Social integration is a relationship attained as a result of the cultivation of kindred social ideals, interests and standards. It is a blending process that requires time, understanding and kindred purposes to achieve. Likes alone and not laws can do it.

7. The Negro Must Stop Charging His Failures Up To His Color And To White Peoples Attitude.
The truth of the matter is that good service and conduct will make senseless race prejudice fade like mist before the rising sun.

God never intended that a mans color shall be anything other than a badge of distinction. It is high time that all races were learning that fact. The Negro must first QUALIFY for whatever position he wants. Purpose, initiative, ingenuity and industry are the keys that all men use to get what they want. The Negro will have to do the same, he must make himself a workman who is too skilled not to be wanted, and too DEPENDABLE not to be on the job, according to promise or plan. He will never become a vital factor in industry until he learns to put into his work the vitalizing force of initiative, skill and dependability. He has gone RIGHTS mad and DUTY dumb.

8. The Negro Must Overcome His Bad Job Habits.
He must make a brand new reputation for himself in the world of labor. His bad job habits are absenteeism, funerals to attend, or a little business to look after. The Negro runs an off and on business. He also has a bad reputation for conduct on the jobsuch as petty quarrelling with other help, incessant loud talking about nothing; loafing, carelessness, due to lack of job pride; insolence, gum chewing andtoo oftenliquor drinking. Just plain bad job habits!

9. He Must Improve His Conduct In Public Places.
Taken as a whole, he is entirely too loud and too ill-mannered.
There is much talk about wiping out racial segregation and also much talk about achieving integration.Segregation is a physical arrangement by which people are separated in various services.It is definitely up to the Negro to wipe out the apparent justification or excuse for segregation.The only effective way to do it is to clean up and keep clean. By practice, cleanliness will become a habit and habit becomes character.

10. The Negro Must Learn How To Operate Business For PeopleNot For Negro People, Only.
To do business, he will have to remove all typical earmarks, business principles; measure up to accepted standards and meet stimulating competition, graciouslyin fact, he must learn to welcome competition.

11. The Average So-Called Educated Negro Will Have To Come Down Out Of The Air. He Is Too Inflated Over Nothing. He Needs An Experience Similar To The One That Ezekiel Had(Ezekiel 3:14-19). And He Must Do What Ezekiel Did
Otherwise, through indifference, as to the plight of the masses, the Negro, who thinks that he has escaped, will lose his own soul. It will do all leaders good to read Hebrew 13:3, and the first Thirty-seven Chapters of Ezekiel.

A race transformation itself through its own leaders and its sensible common people. A race rises on its own wings, or is held down by its own weight. True leaders are never things apart from the people. They are the masses. They simply got to the front ahead of them. Their only business at the front is to inspire to masses by hard work and noble example and challenge them to Come on! Dante stated a fact when he said, Show the people the light and they will find the way!

There must arise within the Negro race a leadership that is not out hunting bargains for itself. A noble example is found in the men and women of the Negro race, who, in the early days, laid down their lives for the people. Their invaluable contributions have not been appraised by the latter-day leaders. In many cases, their names would never be recorded, among the unsung heroes of the world, but for the fact that white friends have written them there.
Lord, God of Hosts, Be with us yet.

The Negro of today does not realize that, but, for these exhibits As, that certainly show the innate possibilities of members of their own race, white people would not have been moved to make such princely investments in lives and money, as they have made, for the establishment of schools and for the on-going of the race.

12. The Negro Must Stop Forgetting His Friends. Remember.
Read Deuteronomy 24:18. Deuteronomy rings the big bell of gratitude. Why? Because an ingrate is an abomination in the sight of God. God is constantly telling us that I the Lord thy God delivered youthrough human instrumentalities.
The American Negro has had and still has friends in the North and in the South. These friends not only pray, speak, write, influence others, but make unbelievable, unpublished sacrifices and contributions for the advancement of the racefor their brothers in bonds.
The noblest thing that the Negro can do is to so live and labor that these benefactors will not have given in vain. The Negro must make his heart warm with gratitude, his lips sweet with thanks and his heart and mind resolute with purpose to justify the sacrifices and stand on his feet and go forward; God is no respector of persons. In every nation, he that feareth him and worketh righteousness is sure to win out. Get to work! Thats the answer to everything that hurts us. We talk too much about nothing instead of redeeming the time by working.