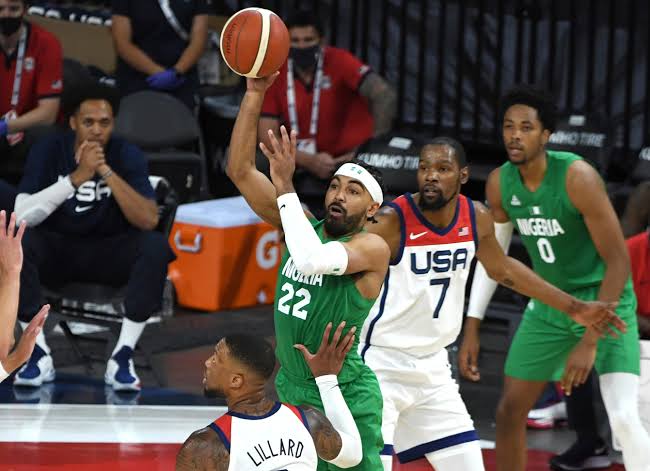 In taking their first step towards the Tokyo Olympics, Kevin Durant, Damian Lillard and the rest of US basketball team have lost to the Nigerian basketball team 90-87, in their exhibition opener Saturday night in Las Vegas. The Nigerian team (D’Tigers) hit 20 three-pointers to pull off an enormous upset against the world’s leading basketball superpower. It was the Americans’ first loss to a team from Africa.

“I thought that the Nigerian team played very physically,” Popovich said. “They did a great job in that regard, and they knocked down a lot of threes. Give them credit. … We have to find out why they got so many threes and what we need to do defensively to shore that up. That was the difference in the game.” 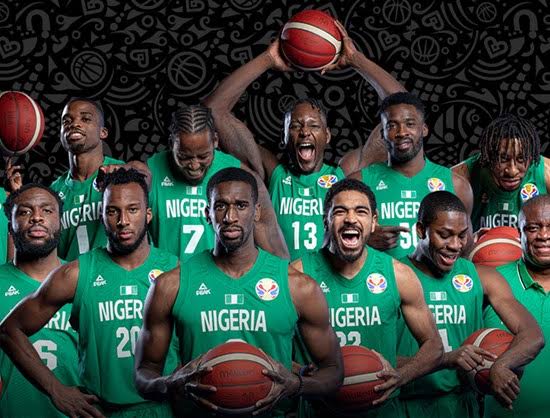 Down the stretch, the Americans looked like a group that had only recently assembled. Needing stops, they repeatedly got lost in defensive rotations and conceded open three-pointers.

Despite its high talent level, the Team USA roster is light on pass-first distributors, a deficiency that proved problematic in the fourth quarter. On a key late possession while facing a three-point deficit, the Americans burned nearly 10 seconds of clock trying to set up a game-tying shot; only for Zach LaVine to be fouled and sent to the line for two free throws.According to Washington Post. 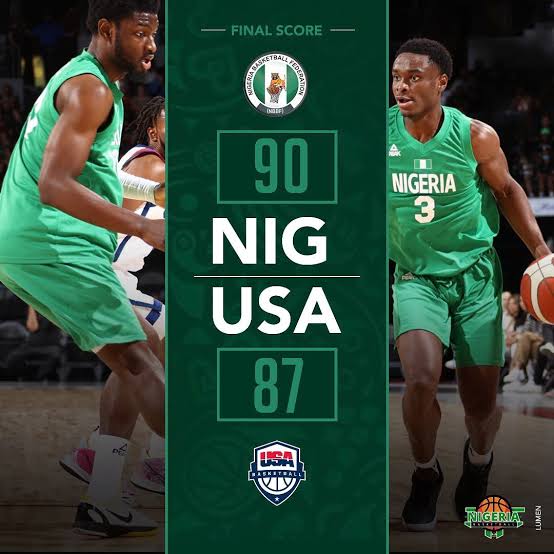 Only once has an African nation ever challenged a U.S. men’s senior national team; the U.S. beat Egypt 34-32 at the first world championship in 1950, according to USA Basketball records. Back then, Egypt was the reigning European champion, and the U.S. was represented by the Denver Chevrolets of the AAU.