The Officer Who Shot Daunte Wright Has Been Identified, Alleges That She Mistook Her Gun For A Taser 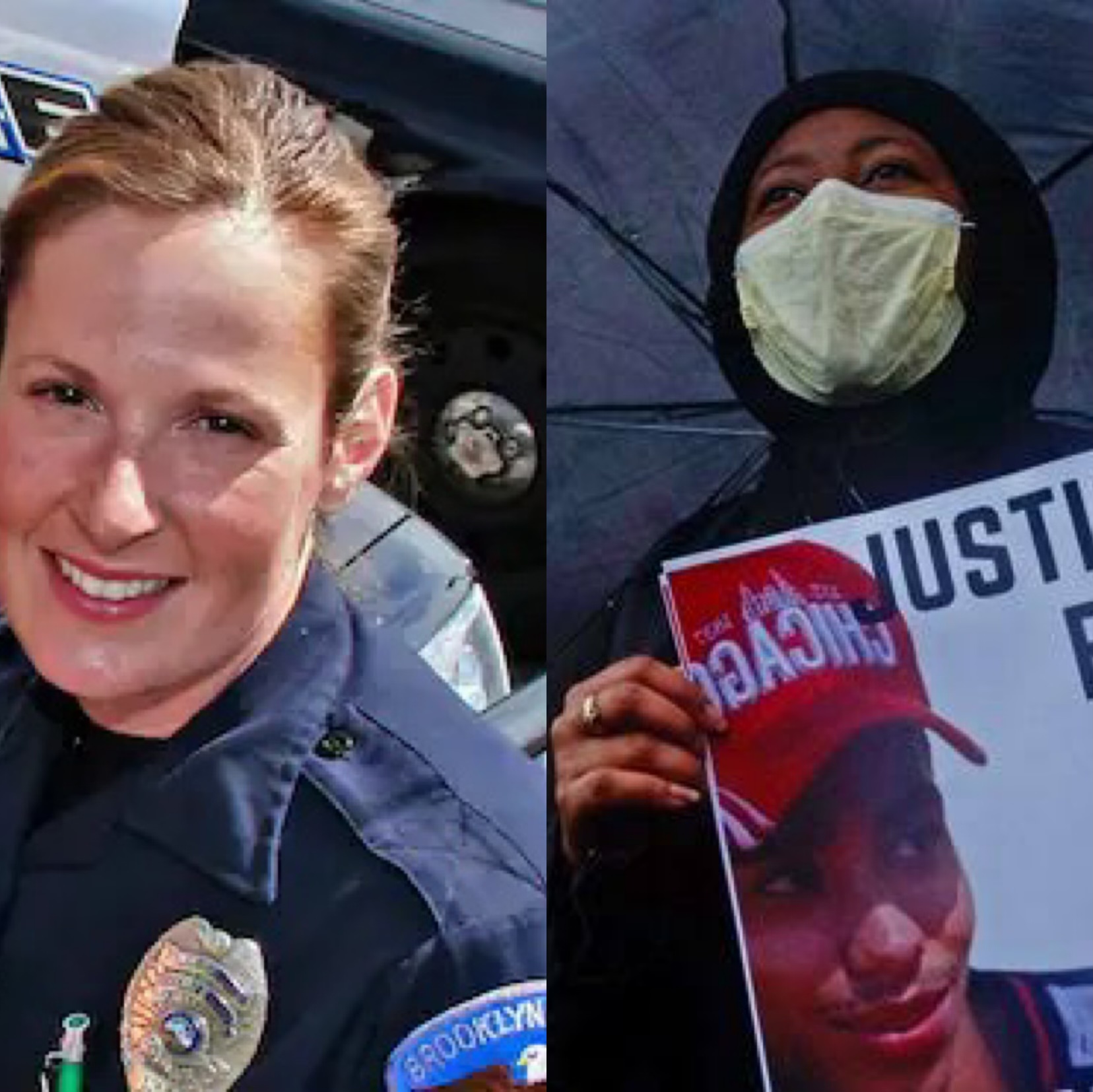 We previously reported the tragic fatal shooting of 20 year old Daunte Wright by a yet to be identified Minnesota cop at that time. However, new facts have emerged on the case which includes the identity of the cop and the gross excuse that is being given for his death.

The officer is a female named Kim Potter who has worked for Brooklyn Center Police for 26 years.

NY Times reports that; According to Chief Tim Gannon of the Brooklyn Center Police Department, officers pulled Mr. Wright over on Sunday afternoon for a traffic violation related to expired registration tags. Officers then discovered that he had a warrant for his arrest.

As the police tried to detain Mr. Wright, he stepped back into his car, prompting a brief struggle with officers, Chief Gannon said.

In graphic body camera footage shown to reporters on Monday, one officer can be seen pointing a handgun at him and shouting “Taser.” After the car pulls away, the officer yells an obscenity and says, “I just shot him” to two other officers, according to the video.

The car traveled several blocks and struck another vehicle. The police and medical workers pronounced Mr. Wright dead at the scene.

“It is my belief that the officer had the intention to deploy their Taser but instead shot Mr. Wright with a single bullet,” Chief Gannon said.

The Hennepin County medical examiner concluded Monday that Mr. Daunte Wright “died of a gunshot wound of the chest and manner of death is homicide.”

Katie Wright, who identified herself as the victim’s mother, told reporters that her son had been driving a car that his family had given him two weeks ago and that he had called her as he was being pulled over.

“He said they pulled him over because he had air fresheners hanging from his rearview mirror,” she said. 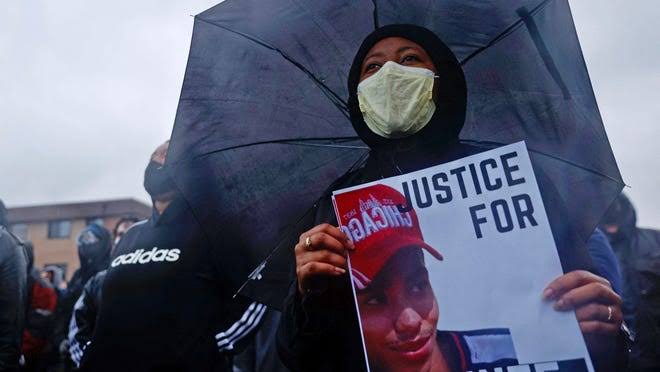 She added that her son had been driving with his girlfriend when he was shot. The police said a woman in the car had injuries from the crash that were not life-threatening.

Ms. Wright said her son had dropped or put down the phone, after which she heard “scuffling” and an officer telling Mr. Wright not to run. Then, she said, someone hung up. When she called back, her son’s girlfriend answered and told her that he had been shot.

Court records indicate that a judge issued a warrant for Mr. Wright earlier this month after he missed a court appearance. He was facing two misdemeanor charges after the Minneapolis police said he had carried a pistol without a permit and had run from officers last June.

Several protesters have been arrested and a curfew has been placed. The officer responsible for his death is currently on administrative leave.