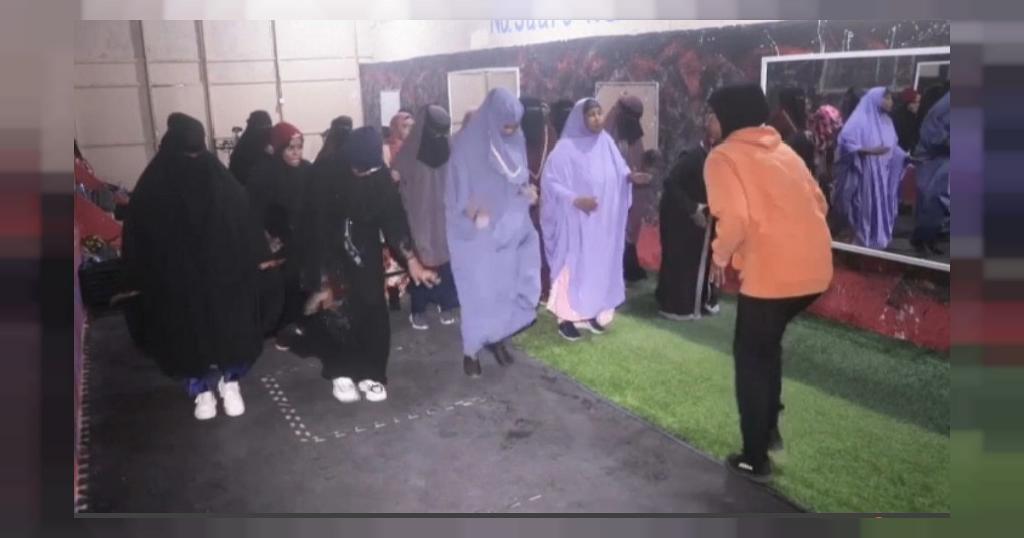 In some Muslim dominated countries in Africa, women face certain restrictions, but that is slowly changing as a brave woman just established a women only Gym in Somalia.

Somali women are limited when it comes to finding a space outside their homes to exercise but that’s all changed in Mogadishu. 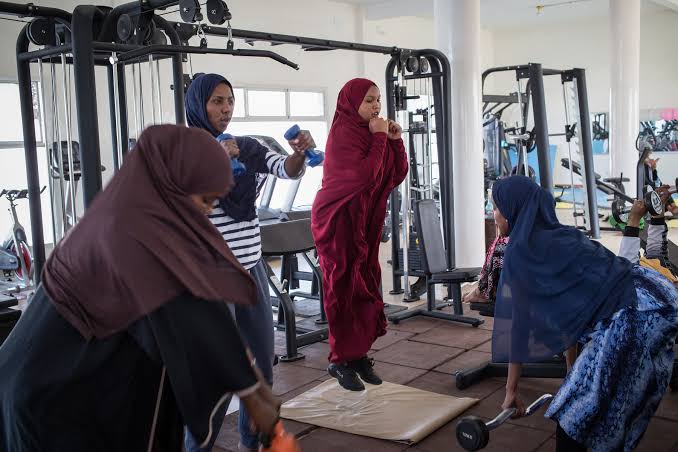 Binish Gym is a workout space just for women during the day but at night; it turns into a gym for men.

According to Africanews; Student Aisha Muhyadin is a co-founder of the day gym. “This city has not had any gyms especially designed for women to exercise, so I think this is the first centre and I am the first female gym trainer, and I am very happy indeed,” she said.

Opened in 2017, this female-oriented and female-managed gym is an outlier in socially conservative Somalia.

“People ask me every time, ‘What happened to you? Do you have diabetes? Are you hungry?’ Questions like that, but I tell them I have to sacrifice a lot to lose weight,” said gym-goer Najma Sufi Abdi.

“My husband too had doubts, saying that I am sick. I told them however that I work out to lose weight in order to build my body and change my figure.”

Women in Somalia can face prejudice and even attacks by gunmen- not just for doing sports but also for wearing the clothing; But a shift is underway in the country as women are demanding more space to express themselves.