The World Health Organization Honours Henrietta Lacks; the Black Woman Whose Cells were taken Without her Consent 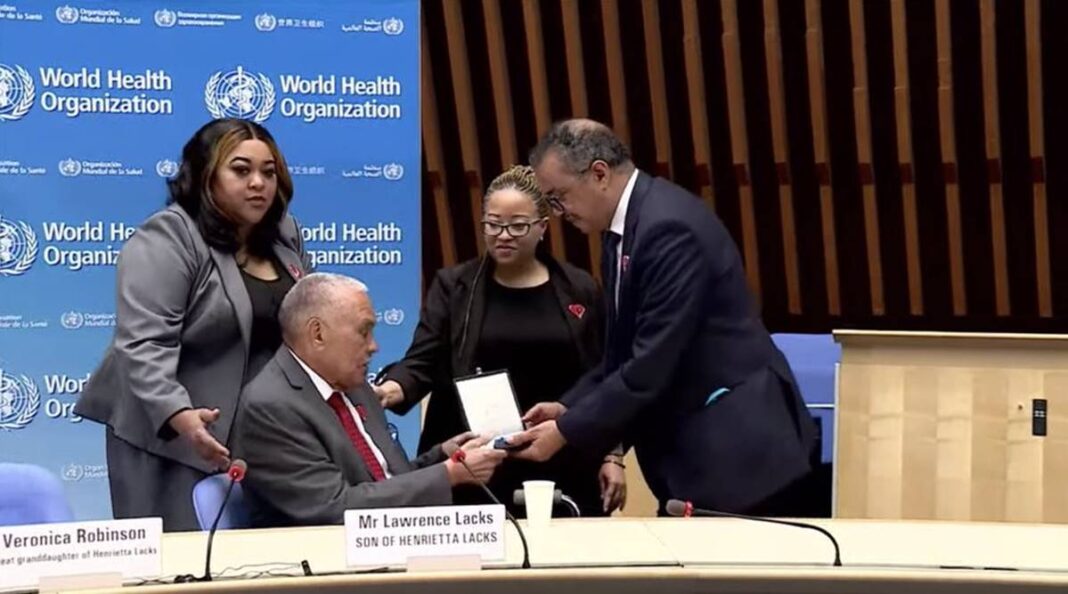 On Wednesday, the World Health Organization presented an award to the family of the late Henrietta Lacks in honor of the contribution her cells have made to the medical field. Lacks’ cells were taken without her consent in 1951 when she had visited Johns Hopkins Hospital in Baltimore for treatment.

At the time the black mother of five was suffering from cervical cancer and she decided to seek treatment in the said facility. Instead of treating her, the doctors attending to her removed a sample of cells from the tumor in her cervix and this deteriorated her health and she died soon afterwards.

The cells from Ms. Lack’s cervix were then given to a researcher at the Johns Hopkins University who upon experimenting with them found out that they thrived and multiplied in the laboratory. This was a unique finding as no other human cell had ever behaved this way. To date Lack’s cells have been used in multiple researches and in development of medicines such as those used in treatment of H.I.V, HPV vaccine and even the recent Coronavirus vaccines.

On Wednesday, the director general of W.H.O, Dr.Tedros Adhanom Ghebreyesus, presented Lacks’ only child, Lawrence Lacks with a Director General Award in honor of his mother’s contribution to science and the medical field.

Her family who were at the event were overwhelmed by the honor with each praising the recognition of their kin.  Her great granddaughter, Victoria Baptiste had this to say, “Henrietta’s contributions once hidden are now being rightfully honored for their global impact.”

World Health Organization Director General, Dr. Tedros said, “Henrietta Lacks was exploited. She is one of many women of color whose bodies have been misused by science. She placed her trust in the health system so she could receive treatment. But the system took something from her without her knowledge or consent. The medical technologies that were developed from this injustice have been used to perpetuate further injustice because they have not been shared equitably around the world.”