Timbuktu, A British Fashion House Under Fire For trying to Trade mark the term “Yoruba” 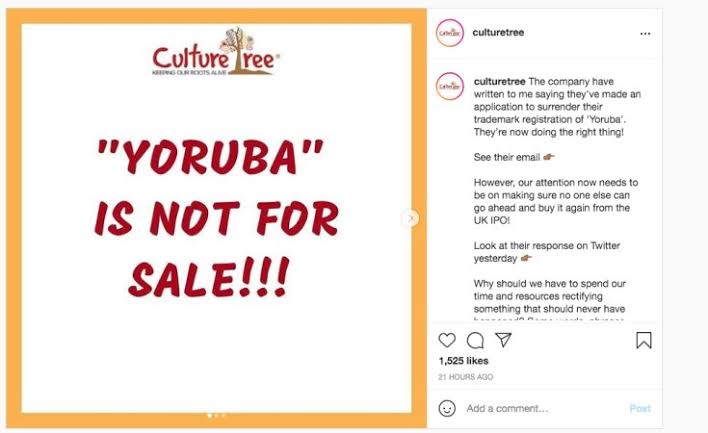 A British clothing retailer named Timbuktu, has come under fire for trademarking the name YORUBA, several years ago;Yoruba is the name of the west African Yoruba. Igniting a debate online about whether trademarking names of ethnic groups amounts to cultural appropriation.

Timbuktu, an outdoor clothing brand based in northern England, filed to trademark the word “Yoruba” in 2015; records from the UK’s Intellectual Property Office show.

But the registration sparked anger on Sunday when the owner of CultureTree, an African cultural center in London; wrote that she had attempted to trademark “Yoruba Stars”; and claimed she faced a challenge from Timbuktu due to its similarity to the phrase the company had registered. In the United Kingdom; a proposed trademark can be challenged if it conflicts or bears similarity to one that was previously approved.

The Yoruba people form one of the largest ethnic groups in western Africa, and make up around a sixth of Nigeria’s population.

“I thought it was really strange that a company would be allowed to trademark the word ‘Yoruba’; a tribe and language of millions of people,” CultureTree founder Gbemisola Isimi wrote, adding that Timbuktu had opposed her attempts to register her own phrase. “I feel this is the height of cultural appropriation,” she wrote. 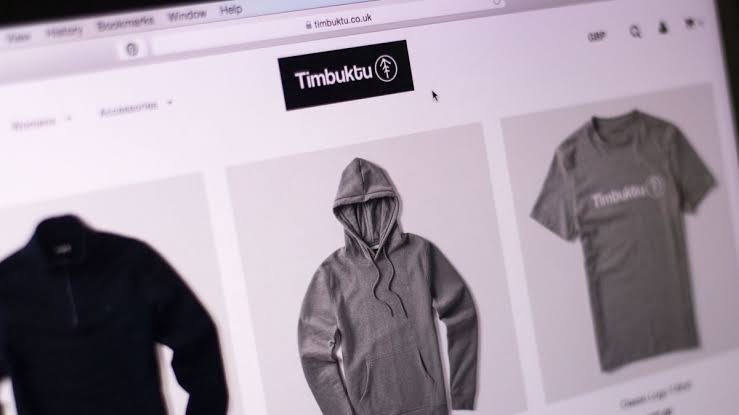 Isimi, whose center teaches young people to speak Yoruba, went on to accuse Timbuktu of; “attempting to claim sole ownership of a birth right belonging to the people of another continent.”

Several commentators also took issue with Timbuktu’s corporate branding, accusing it of an attempt to erase a culture. The company is named after the Malian city, but its website claims; “Timbuktu literally means ‘the middle of nowhere,’ a location that has intrigued mankind for centuries, whether it’s to discover something new or simply escape the everyday.” Kctv5 reports.

The word Timbuktu has long been used as shorthand in Britain for any generic, faraway place; a usage which began when Mali was under French colonial rule in the 19th century.

Others argued that the outcry misunderstood trademark law, and the reasons why a phrase could be registered. “This is not an argument about ‘appropriation’. Just the law,” the Nigerian novelist and lawyer Elnathan John wrote on Twitter.

“It is not done secretly. And that if no one opposes an application that is not in breach of the IP rules, it will be registered and approved,” he wrote, adding that “Welsh,” “Swahili” and many others relating to a specific culture were trademarked in the United Kingdom.

The use of cultural terms associated with empire, and modern-day celebrations of those involved in Britain’s colonization of other countries; have generated a fierce backlash in recent years. Last week, a debate over a statue of colonialist Cecil Rhodes at Oxford University; was re-ignited after the college housing it said they would not remove the monument.

Those debates have been heightened since a British government report; dismissed the suggestion that institutional racism remains prevalent in the country.