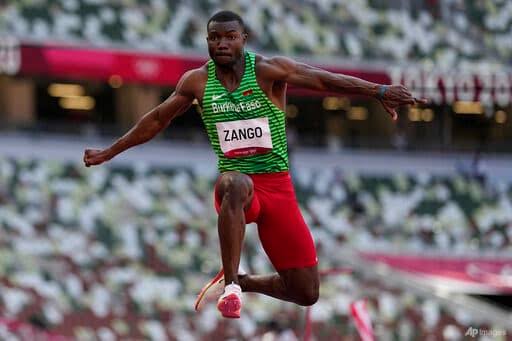 The first ever medal for the West African nation of Burkina Faso since it began participating in the Olympics in 1972; was won on Burkina Faso’s Independence Day by triple jumper Hugues Fabrice Zango who won a bronze medal. Zango said he had hoped to do better than bronze; but said he was proud to win his country’s first Olympic medal. “Burkina Faso is really happy. Everybody is happy. I think they will throw a great party when I go back,” he said.

According to Reuters, Zango’s disappointing first two jumps in the final in Tokyo left his family watching live at home in Ouagadougou; stressed and fearful that he could miss out on a medal; his country’s first ever at the Olympics.

Urging him on from their sofa, Zango’s father, brother and sisters erupted in joy when he leapt 17.47m on his third run; propelling him briefly into second place behind Portugal’s Pedro Pichardo. 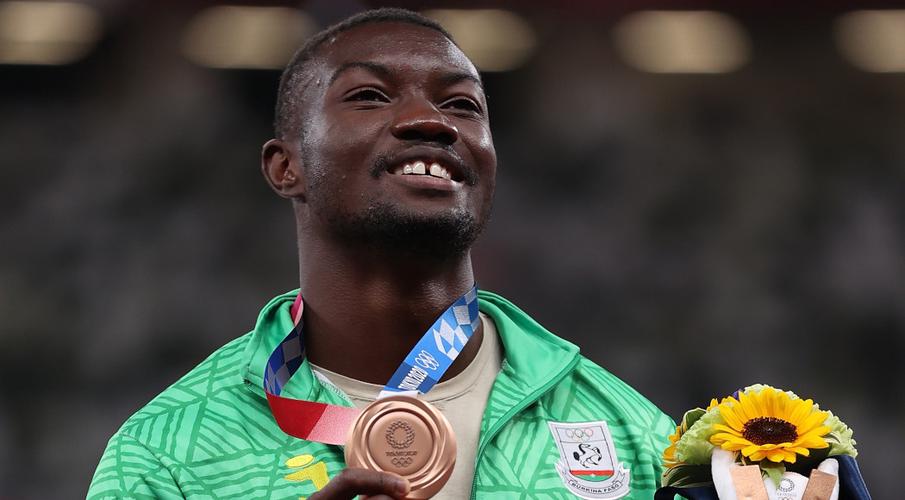 Zango eventually finished third behind Pichardo and China’s Zhu Yaming; who jumped a personal best of 17.57m to claim the silver medal.

“We were really very scared. After the first two tries we were really intensely stressed, we really didn’t know how things were going to go,” said Zango’s brother Alex Cedric.

“It’s an immense joy, because we experienced it live with the chills – and in the end, victory. It’s really an immense joy for us parents, but also for the people of Burkina Faso. We are very proud,” said Zango’s father Jacques, hugging his wife, who was so nervous she chose not to watch the event.

Burkina Faso President Roch Marc Kabore was among the first to congratulate Zango.

“I have just followed the magnificent performance of our great champion from start to finish,” Kabore wrote on Twitter. “Thank you Hugues for this bronze medal. We are all proud of you.”