Two Benin bronze Artefacts returned to Nigeria more than a century after they were looted by Britain. 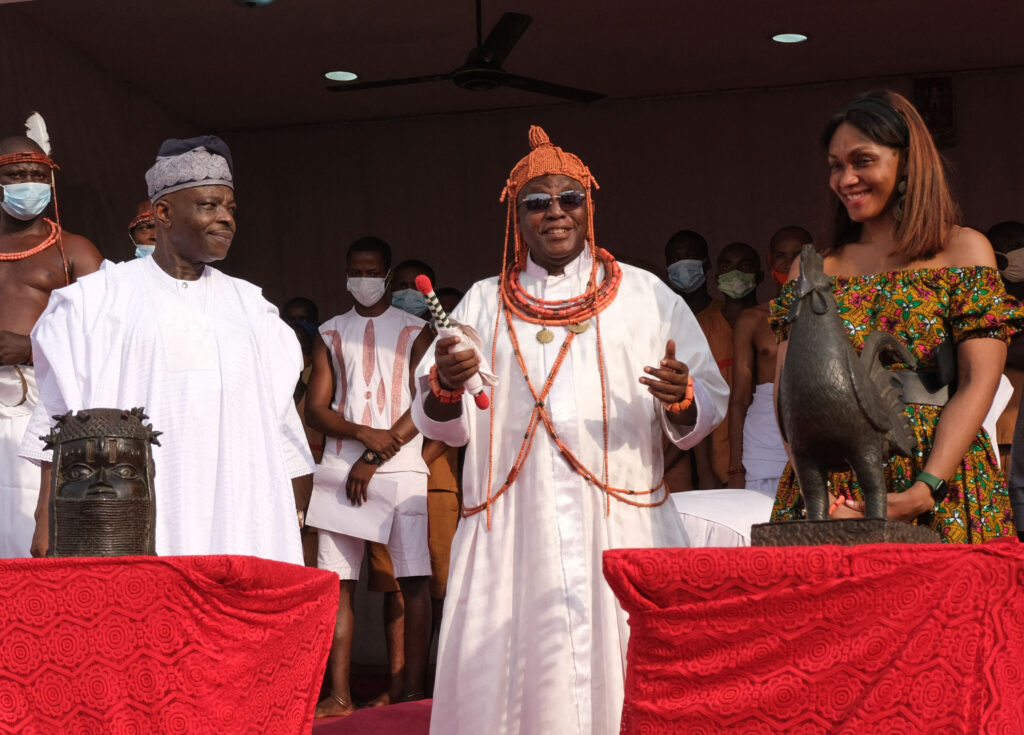 The King, known as Oba of Benin, Omo NOba Uku Akpolokpolo, Ewuare II (C), reacts after receiving repatriated artifacts that was looted from Nigeria over 125 years ago by the British military force in Benin City, mid-western, Nigeria, on February 19, 2022. - The two artifacts, which include a bronze cockerel and a bust, were part of the bronzes, ivories that were looted by British soldiers in 1897 in Benin kingdom, Edo State, Nigeria. (Photo by Kola Sulaimon / AFP) (Photo by KOLA SULAIMON/AFP via Getty Images)
Share
Facebook Twitter LinkedIn Pinterest Email

Two Benin bronze artefacts were returned to a traditional palace in Nigeria on Saturday; more than a century after they were pillaged by the British troops.

There is a boosting expectations that thousands more items may be returned. 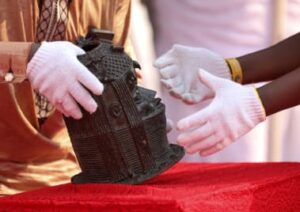 The treasures were stolen by explorers and colonists from the once-mighty Benin Kingdom; that is located in the southwestern part of Nigeria.

They are among Africa’s most treasured historical relics; According to the British Museum, they were constructed as early as the 16th century.

During a colorful ceremony marking the return of a cockerel sculpture and the head of an Oba or king; The spokesman for the Oba palace in Benin City, Charles Edosonmwan highlighted that some of the bronzes were stored as far away as New Zealand, the United Kingdom, and the United States. 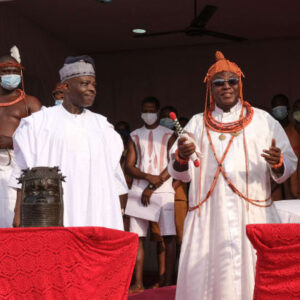 The University of Aberdeen and Cambridge University’s Jesus College; handed over the two relics to the Nigerian High Commission in October; but they were yet to be repatriated to their ancestral country.

In an interview, on the sidelines of a ceremony attended by traditional authorities, Edosonmwan remarked, “They are simply not just art, but they are things that underpin the essence of our spirituality.”

The return represents a watershed moment in Africa’s years along the quest to reclaim plundered art, as several European institutions grapple with Colonialism’s cries.

According to French art historians, 90 percent of Africa’s cultural heritage is believed to be in Europe. The Musée du quai Branly — Jacques-Chirac in Paris alone houses over 70,000 African artifacts, while the British Museum in London houses a similar number.