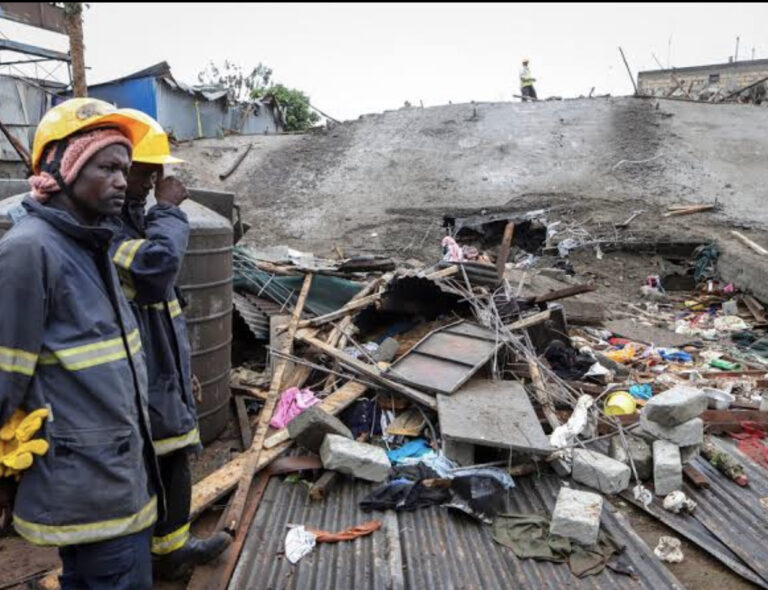 Another tragedy has occurred within three days in Kenya. In the outskirts of Nairobi, a multi-story building under construction collapsed on a neighboring home, killing at least two people on  November 17, authorities said.

“Mum and Dad were inside the house when the building started collapsing, then collapsed on them. When the ambulance came to rescue them they found them already dead and the construction was not fully completed.” Frederick whose parents died from the building collapse said.

Three other people have been rescued alive from the family home that was next to the collapsed building located in the Ruaka suburb.

“This is not the first story or rather instance. In the course of this one week we have had two buildings that have collapsed. We have lost innocent lives”, resident Willy Kamau lamented.

After building collapses in Kenya in 2015, the presidency ordered an audit to see if the country’s buildings were up to code. The National Construction Authority found that 58% of the buildings in Nairobi were unfit for habitation.