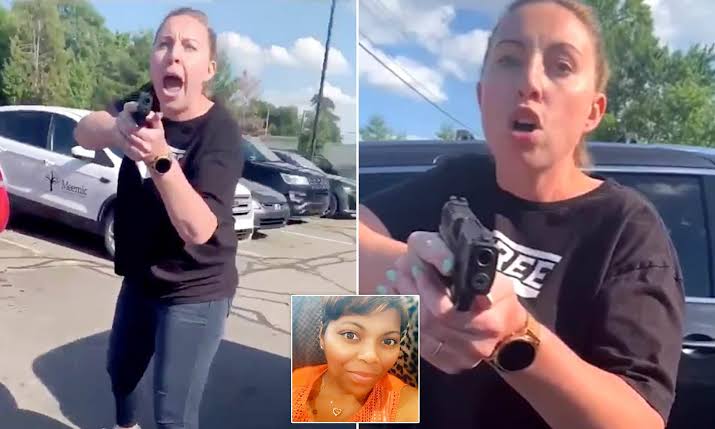 There is yet another Video making its rounds on social media of a black person in this case. Takelia Hill, being held at gunpoint during an altercation. A portion of the incident was captured on video and has been shared thousands of times throughout social media. According to the Detroit News, the incident happened outside of a Chipotle.

Takelia Hill says that her 15-year-old daughter, Makayla Green, was bumped into by a white woman outside of the restaurant, and she asked the lady for an apology, however, she claims that the woman started to yell at her. Makayla said, “Before I could walk into Chipotle, this woman was coming out and I had moved out the way so she can walk out. She bumped me and I said, ‘Excuse you.’ And then she started cussing me out and saying things like I was invading her personal space.”

Takelia then said, “I walked up on the woman yelling at my daughter. She couldn’t see me because her back was to me, but she was in my daughter’s face.” 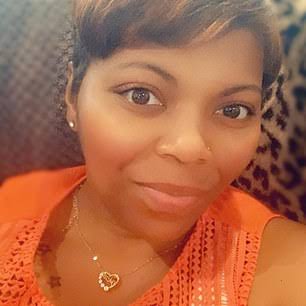 The incident reportedly escalated as a man exited from a vehicle to help the woman get inside of the vehicle. They called the woman a racist, and she responded and said she wasn’t a racist. The woman said, “You cannot just walk around calling white people racist … White people aren’t racist … I care about you and I’m sorry if you had an incident that has made someone make you feel like that. No one is racist.”

Takelia Hill And Her Side Of The Story

Takelia claims that the man put the car in reverse, and she thought he was going to hit her and her daughters, so she hit the back window of the car to get his attention to stop.

As seen in the video, the woman begins to point her gun at Takelia and her family as she shouts and curses at them before she gets back inside of the car and they drive off.

The Detriot News reports that authorities were called after the gun was drawn. Takelia shared the video and images of the incident on Facebook and said: “So this is America….I’ve never in my life had a gun pulled out on me let alone two and while I had my three daughters I’ve never felt so helpless in my life I’m so shaken up.” She also shared an image of the woman being placed in handcuffs following the incident.