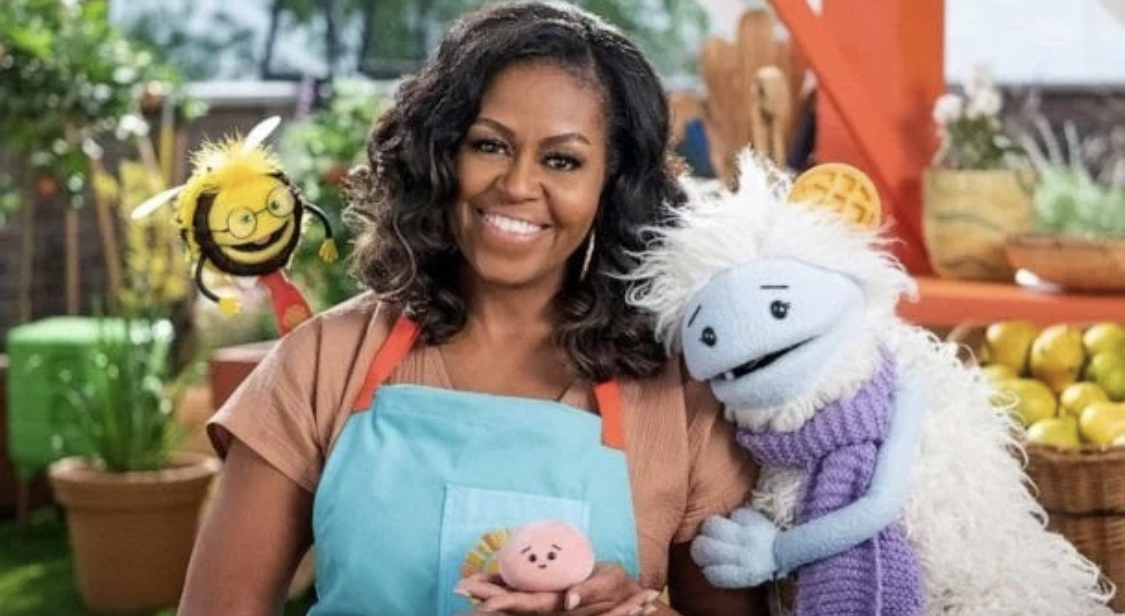 Former Flotus, Michelle Obama, is launching a new cooking show for kids, “Waffles + Mochi”  on Netflix. The 57-year-old mother of two will play a supermarket owner on the show; which supports “kids and grown-ups cooking together in the kitchen and connecting to cultures around the globe,” according to Netflix.

I’m beyond thrilled to share that on March 16, I’ll be launching a new show on @Netflix called Waffles + Mochi! I'm excited for families and children everywhere to join us on our adventures as we discover, cook, and eat delicious food from all over the world. pic.twitter.com/dedUWMp9SY

Michelle who also serves as an executive producer, will asisst her two puppets, Waffles + Mochi, with; “global ingredient missions, traveling to kitchens, restaurants, farms and homes all over the world; cooking up recipes with everyday ingredients alongside renowned chefs, home cooks, kids and celebrities.” 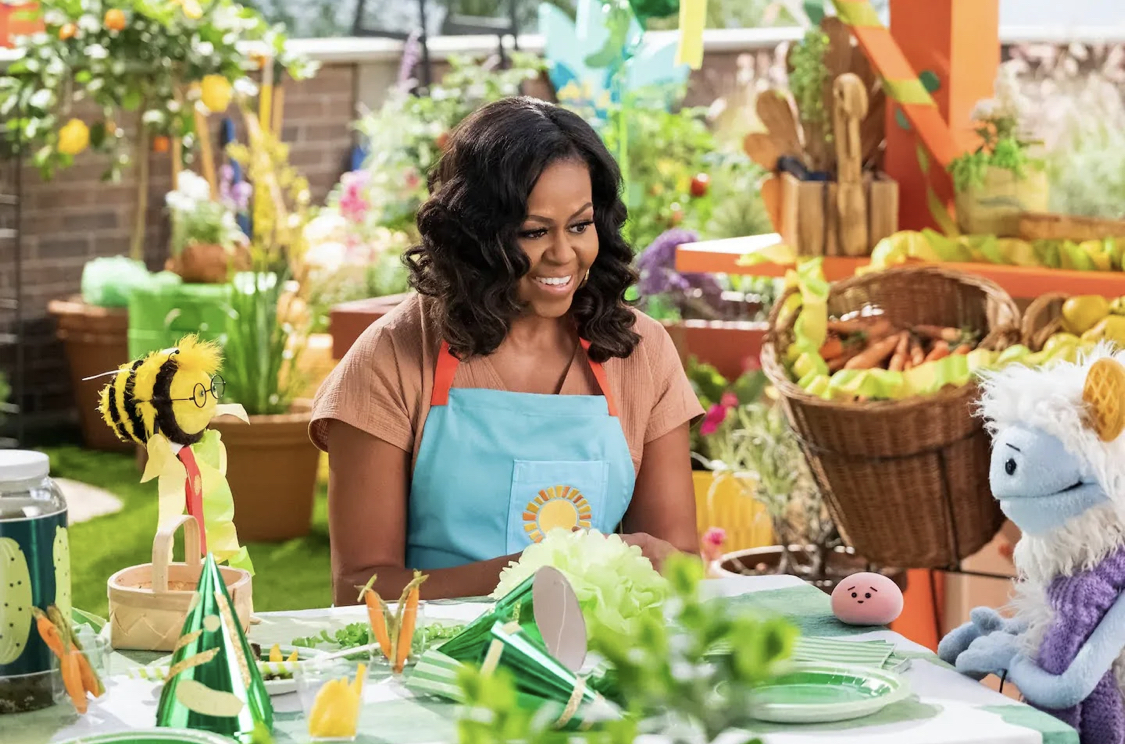 She took to Twitter Tuesday to explain how her work on the new show in tandem with Partnership for a Healthier America will; “help kids build healthy habits and help families in need cook with fresh ingredients together at home.”

Also, In “Waffles + Mochi,” which debuts March 16, Michelle will play the proprietor of a “whimsical supermarket”; that employs the titular puppets, who are best friends and aspiring chefs. (One is an adorably small orb formed like the Japanese rice cake; and the other a creature whose ears are shaped like the griddled breakfast treat.)

Netflix described the 10-episode series as “the culinary adventure of a lifetime”; in which the characters hop aboard a magical shopping cart to seek out ingredients all over the world. “Whether they’re picking potatoes in the Andes of Peru, sampling spices in Italy, or making miso in Japan; these curious explorers uncover the wonder of food and discover every meal is a chance to make new friends,” the streaming service says.