What Singer Ne Yo Meant, When He Called George Floyd’s Death A “Sacrifice” 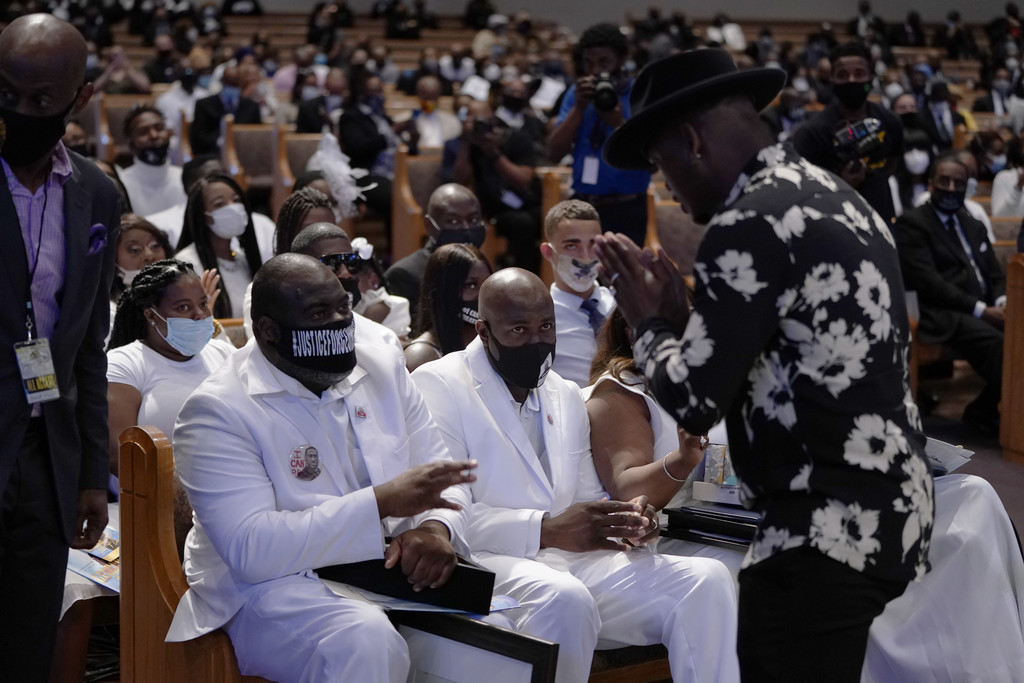 When Ne-yo spoke into the microphone at George Floyd’s funeral; he felt he was passing a strong message. But, what he thought was a heartfelt message however, was perceived by some as insensitive. Ne-Yo called George’s untimely passing a “sacrifice”, and now he’s responding to backlash that came along shortly after.

According to Bossip, Ne-Yo joined The Morning Hustle to double down on what he said a couple of  weeks ago at the funeral in Houston. Before singing during the service, Ne-Yo thanked “George Floyd for his sacrifice, so that my kids can be alright later on.” He says he meant nothing negative by the comment, and wants the black community to stay focused on what’s important!

“We cannot let ignorance divide us right now,” he said. “I’m singing at this man’s funeral you cannot believe that I meant anything negative towards him towards his family.”

Instead of focusing on his short speech, Ne-Yo says he wants people to honor George’s life, and even makes the comparison between George’s unwilling sacrifice and that of Jesus Christ.

“Let’s not mess up the narrative, let’s not get away from the narrative,” he said. “No, he was not a willing sacrifice, neither was Jesus. Jesus didn’t want to get on the cross but he did it to save us, George Floyd didn’t wake up that morning planning to be a sacrifice. He didn’t plead and plan to go out and die for black people but that’s what happened and its unfortunate that it happened that way but that’s what happened.”

“So yes, it was a sacrifice. He wanted to be here but he’s not here, his life was sacrificed so that the change that is happening slowly but surely can happening.”

Ne-Yo also notes that he did not show up to the funeral with the intention of speaking or singing. He says he tried to stay low-key and show his support from the back, but was ushered to the front of the service.