Zimbabwe Mounts Pressure On Britain To Return the skull of Mbuya Nehanda, The woman hanged for opposing colonial rule 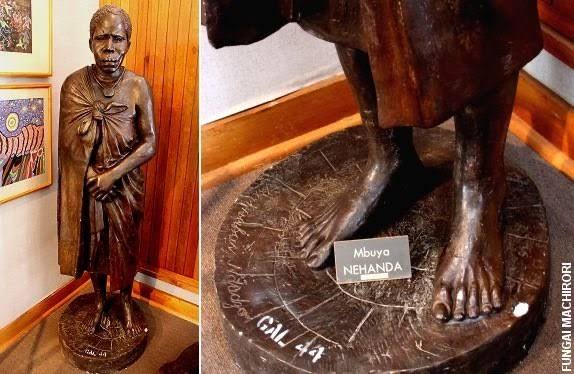 Mbuya Nehanda also known as Nehanda Charwe Nyakasikana was a spiritual leader of the Shona people in Zimbabwe and to this day;she  is celebrated for her bravery and fight to preserve her people’s culture and resist western oppression.

According to Rain queens of Africa, Nyakasikana was believed to be the incarnation of the original Nyamhika Nehanda; whose spirit lived on with her people. The original Nehanda was the daughter of Mutota the founder of the Mutapa state; who gave his daughter a great portion of his kingdom as a reward for allowing her half brother to sleep with; her to increase the power and strength of their father’s rule over his kingdom. 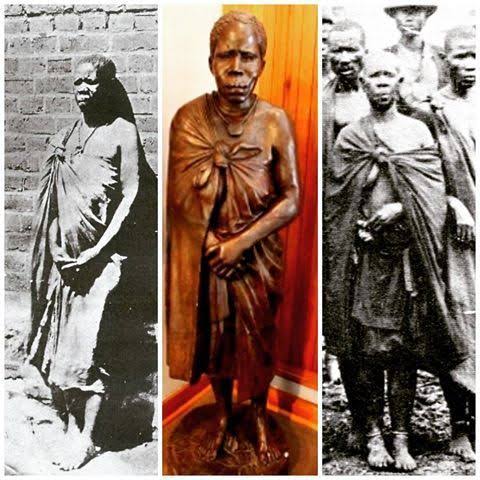 When the British first came to her land, she welcomed them and made her people welcome them; but she was later hanged by the people she welcomed.

The Death Of Mbuya Nehanda

Due to Nyakasikana’s great influence and indulgence in the war against the British oppression; the British ordered her arrest to silence her and to serve as a warning to other leaders. Nyakasikana was able to escape arrest for a whole year until in 1897 when she was captured with Kaguvi for the murder of Commissioner Pollard who was killed at Nehanda’s command during the early days of the war in 1896.

Nehanda and Kaguvi were sentenced to death by hanging for the murder of Pollard and a police officer respectively. Her Skull was then taken to Britain as a war Trophy.

100 Years later, her countrymen are demanding for the repatriation of her Skull. 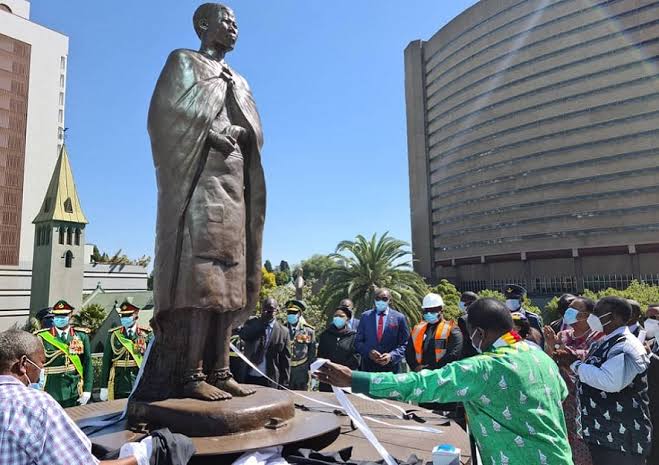 Zimbabwe’s president, Emmerson Mnangagwa; has said his government is keen on having her skull repatriated from a British museum; after it was taken to the country as a war trophy over 100 years ago.

The president of the southern African nation made those comments during the unveiling of a statue; in honor of the revered spirit medium in the capital, Harare, on Tuesday. Past efforts by Zimbabwean authorities to have the skull returned home have hit stumbling blocks; local news outlet New Zimbabwereported.

During his speech, the president reportedly said successful repatriation; of the skull from Britain will further cement Zimbabwe’s cultural heritage.

“The unveiling of the statue of Mbuya Nehanda Nyakasikana is the manifestation of the bold commitment; to reconstruct our country’s rich past history,” Mnangagwa said.

It equally stands as a symbol of unity, identity and an inspiration to present and future generations; on the importance of patriotism, loyalty, fortitude and determination to defend and work for our beloved country against any odds.”

The president continued;  “We shall however continue to discuss to bring back her skull which was taken to United Kingdom alongside others.” He also added Nehanda had previously said her bones shall rise at a certain point in future around the time of her death.

Many people might just think the skulls are not important but they are very important; and the white settlers knew that if they take just the head then they have disconnected the connection between the body and the head and the person will not become a spirit medium,” reigning Chief Makoni, Colgan Zendera, said at the time.