Zimbabwe’s Tsitsi Dangarembga has once again gained international prominence through her third novel This Mournable Body. The announcement of the annually anticipated Booker Prize Longlist; recognizes the third book from Dangarembga as an auspicious body of work worthy to be on the list. Ethopian-American Maaza Mengiste‘s The Shadow Kingis another historic African selection for the reputable prize.

Originally only for commonwealth countries, The Booker Prize is an international literary award institution; that financially rewards orignal English literary submissions from around the world.

In 51 years of The Booker Prize, African authors have been nominated over 40 times; but these nominations have been controversially dominated by European African authors. Nigerian authors, Ben Okri and Bernardine Evaristo are recorded recipients of the prize.

This Mournable Body picks up from Dangarembga’s seminal work, Nervous Conditions. This Mournable Body is a somber outlook on life in Harare for Black female protagonist Tambu; (the protagonist of Nervous Conditions) 30 years later. The latest narrative was well-received as it reflected the volatile political landscape; in Zimbabwe and maintained Tambu’s aspirational resilience. 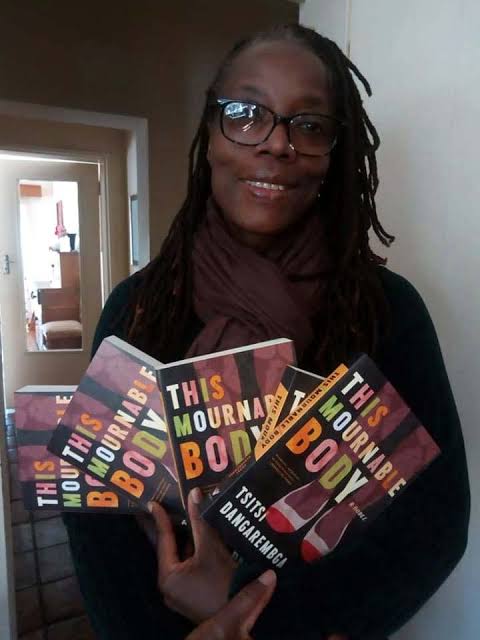 Maaza Mengiste joins the literary trail of Black African women with The Shadow King; a novel that revisits the Italian-Ethopian war under Mussolini’s reign. Much like Dangarembga, Mengiste highlights the wars unseen; the wars that women have to face in political upheaval and the unfair resilience required of them.

Tsitsi Dangarembga and Maaza Mengiste are the only two writers from Africa in the list of 13 authors. Winning authors from this year will receive 50,000 pounds.