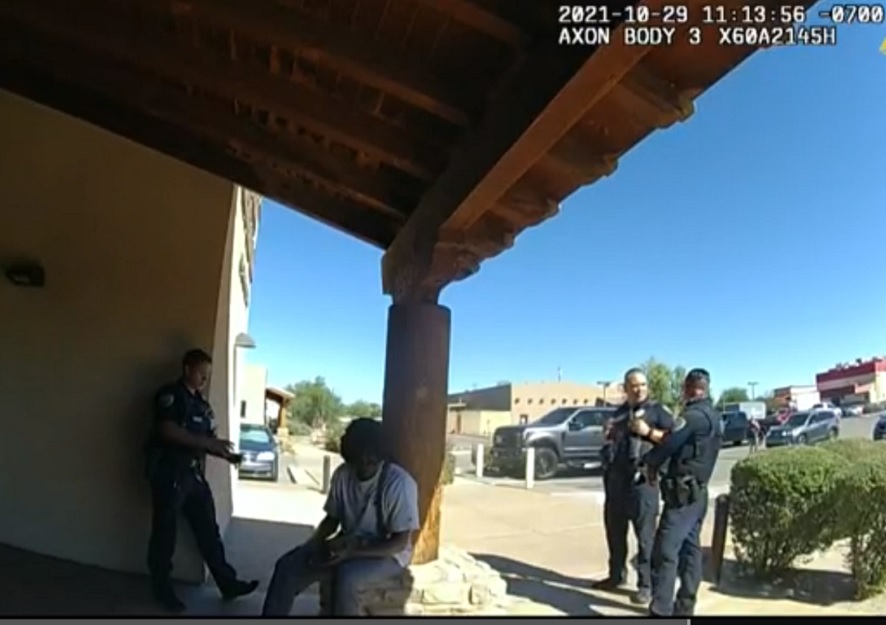 A bank in Arizona called the police on a Black man while he was trying to cash a check he had received as payment for a boat sale. Almond Brewer was waiting in line to cash a $3,200 check at the Pinal County Federal Credit Union at Apache Junction when the manager called police to report the check he had presented was fake. According to 12 News

But that was not the case as the bank later conceded that the check’s authenticity was inconclusive. However, the manager did not reveal that to the police when he made the call.

Almond Brewer said he obtained the check from a woman as payment for a boat he sold to her on Facebook Marketplace. He added that his bank advised him to deposit the check at the woman’s bank to enable a quicker transaction. But he said at the credit union teller who attended to him; looked surprised when he gave her his bank details.

The bank informed channel 12 News that the manager called the police to report Brewer after a 3rd party verification system processed the check issued. Its genuineness came out as inconclusive. The bank also stated that while the police were heading to the bank, the manager contacted the customer who issued the check to Brewer.

Bodycam footage by police report indicated that the officers did not know the customer had confirmed the check for around 10 minutes. Brewer said the October incident negatively affected him, and he hasn’t stepped into a bank since then.

Brewer said “It was just, ‘oh, you know, Black guy locks in his hair, tattoos came on a Harley, you know, let’s assume the worst; Why embarrass somebody like that? Why, you know, make them feel less than a man.”

The bank claimed that the check which was presented by the Black man contained several red flags; But Matthew Whitaker, a consultant who trains financial establishments on how to prevent these incidents; said the bank should have reached out to the customer first; before calling the police.

Whitaker pointed out that “They could have called the person immediately before anyone called the police. So why escalate that at that point He [Brewer] was racially profiled.”

The president and CEO of the credit union released a statement explaining the reason behind their actions. The statement also said the bank asked for forgiveness from Brewer and local authorities after the manager validated the check.