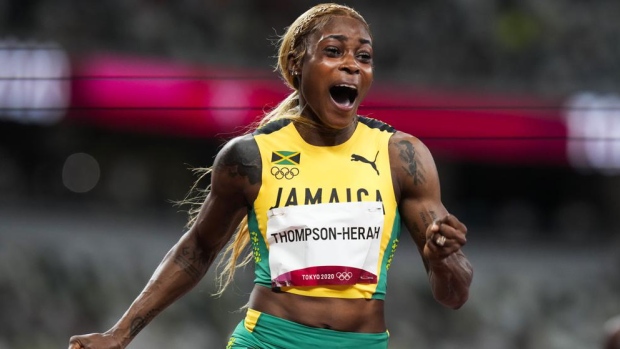 A new “fastest woman alive” has been crowned at the Tokyo Olympics as Jamaica’s sprinter Elaine Thompson-Herah has just beat the record previously held by Florence Griffith Joyner by a one-hundredth of a second.

According to Yahoonews, Thompson-Herah took home the gold in Tokyo on Saturday, completing the women’s 100 meter race in just 10.61 seconds and narrowly beating out Flo-Jo’s record of 10.62 set during the 1988 Seoul Games.

This is the sprinter’s second gold medal. She also won the top-prize in the same event at the 2016 Rio de Janeiro Games.

Jamaica sweeps the women’s 100m final at the #Olympics #JAM

Elaine Thompson Herah ran the second-fastest time ever in the event (10.61). pic.twitter.com/Frsp31aym2

The race yielded an all-Jamaican podium, with Shelly-Ann Fraser-Pryce finishing behind Thompson-Herah in 10.74 seconds and Shericka Jackson taking the bronze medal with a time of 10.76.

“Proud cya done! #TeamJamaica 1,2,3. Congratulations to our women for a scintillating finals,” he wrote. “Let’s continue to make history!”

“Jamaica is truly a superpower on global track and field,” a second tweet read.

Although Thompson-Herah appears to be following in Griffith Joyner’s incredibly brisk footsteps, Flo-Jo, known for her vibrant personal style; in addition to her athletic prowess, still holds a number of worldwide records in the sport. 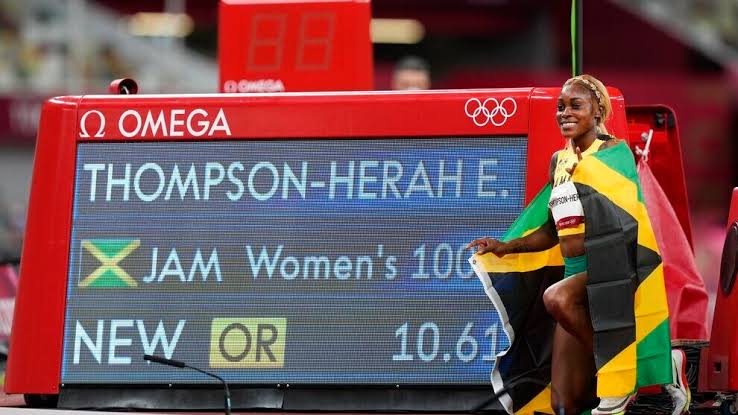 For instance, she completed the 100 meter race in an astounding 10.49 seconds during the 1988 Olympic trials (not at the official games) and her record of 21.34 seconds in the women’s 200 meters still stands as well.

Flo Griffith Joyner tragically died in her sleep as the result of an epileptic seizure in 1998 at the age of 38.

“I remember she once told me, ‘I never want anybody to be like me. I want them to make bigger footsteps than me,’” her husband Al Joyner told the AP in a recent interview prior to Thompson-Herah’s win. “That was always her dream.”