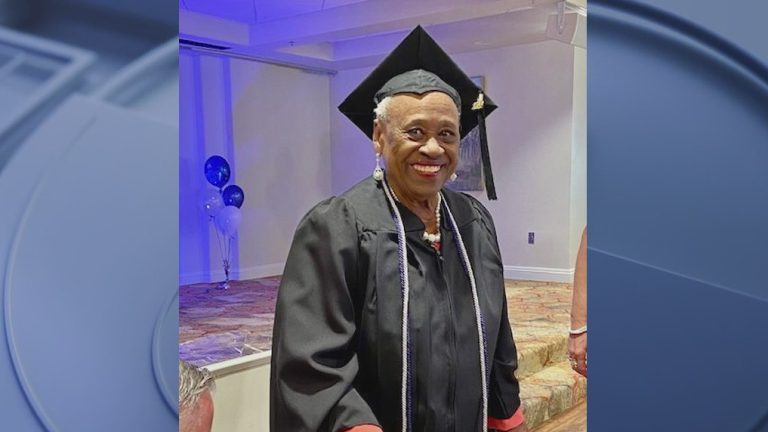 A 96-year-old Florida grandmother, Violet Edwards, graduated from college with a 4.0 GPA, while battling breast cancer.

Violet Edwards, is now the world’s fifth oldest person to earn a college degree at the age of 96. She is also the oldest Black woman to graduate from college in the United States, according to Atlanta Black Star.

According to Local 10 News, Violet Edwards emigrated from Jamaica to the United States in 1973. She attended the College of New Rochelle in New York in the early 1980s, eventually dropping out early to work and help pay for her daughter’s medical school tuition.

As the years passed, Edwards discovered joy in working at her daughter’s medical practice and helping raise her grandchildren. Nonetheless, she had always wanted to return to school and complete her degree.

About a year ago, Violet Edwards learned that the College of New Rochelle had shut down and all of her records were transferred to Mercy College in New York. She then enrolled in online classes and decided to return to school.

While delighted, Edwards’ return came with its own set of challenges, and on top of that, she was battling breast cancer and had to undergo surgery. At 96, she finally graduated from Mercy College with a 4.0 GPA last month. She had her final radiation treatment last week.

To celebrate her academic achievement, she was thrown a party at her retirement home in Parkland, Florida, and the Jamaican Consulate General presented her with a proclamation.