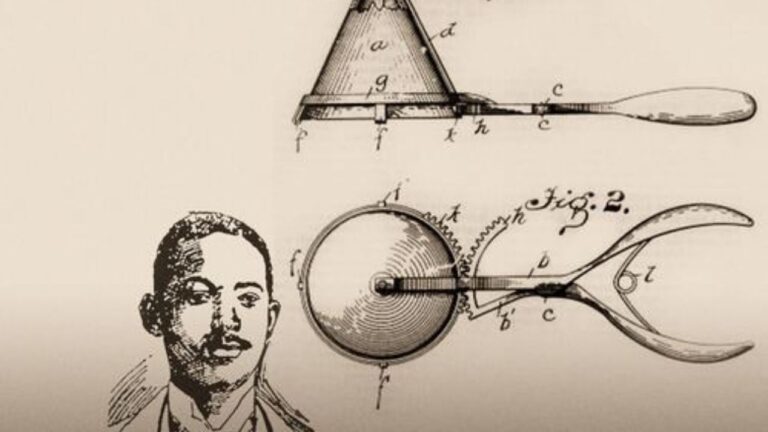 Initially, scooping ice cream was done using just a spoon to grind, not until Alfred L. Cralle ( in 1897) invented the Ice Cream Scoop. For lovers of Ice Cream, this is a remarkable invention that is most appreciated. However, Alfred L. Cralle was unlucky never to make a profit off his outstanding invention. But why? Not to worry, because, in this post, we will look at the invention, life, and death of the African American Inventor of the Ice Cream Scoop.

To understand his invention clearly, we must briefly explain what an ice cream scoop is.

An Ice Cream Scoop is a kitchen instrument used to make Ice Cream into a slightly rounded or well-formed ball shape. It is used to cut out ice cream from the container and place it into a cone, a bowl, or onto a dessert,

Whether you find yourself in the kitchen or an ice cream store, the thought of Alfred L. Cralle should reflect in your mind whenever you come across an Ice Cream Scoop. But what was his life like? Where was he born? Was he married? Does he have kids? We would have to answer all these questions as we look into the life and death of Alfred L. Cralle.

Alfred L. Cralle was an African American Inventor and Businessman. He was well known today for his Ice Cream Scoop Invention in 1897. He was born in Kenbridge, Lunenburg County, Virginia, on September 4, 1866. He was the son of a carpenter, who he mostly helped in trading when he was young. When he was assisting his father, he picked an interest in mechanics.

He was later sent to Washington D.C. and was enrolled in Wayland Seminary. The school was a division of the National Theological Institute. The American Baptist Home Mission Society established it. They had a mission to help educate newly freed African Americans.

AFTER A FEW YEARS, Alfred L. Cralle left the school and moved to Pittsburgh, Pennsylvania. He started working as a porter at Markell Brothers Drugstore and St. Charles hotel. He became inspired to invent the ice cream scoop from working as a porter. He later worked for the Afro-American Financial, Accumulating, Merchandise, and Business Association as a general manager.

The life of Alfred L. Cralle was pretty fascinating, but was he ever married? Does he have kids? Yes, on September 20, 1900, Alfred got married to Elizabeth Cralle, and they both had three beautiful children.

However, Cralle was killed in an automobile accident in 1920. Unfortunately, Alfred L. Cralle never became famous for his invention. It was so sad that people rapidly forgot where the one-handed quick-release mechanical ice cream scoop came from because it spread so widely and swiftly. As a result, he never made a profit from his idea.

Alfred L. Cralle is still regarded as the inventor of the Ice cream scoop. But how did he come about with such an invention?

After Alfred L. Cralle left the Wayland Seminary school and moved to Pittsburgh, Pennsylvania, he started working as a porter at Markell Brothers Drugstore and St. Charles hotel. It was from working as a porter he became inspired to invent the ice cream scoop.

Initially, people were only left with spoons to scoop ice cream, but Alfred noticed that after using the spoon, the ice cream is stuck to the spoon, requiring you to separate them with two hands.

This became a disturbing issue that Alfred had to see an end to by creating the Ice Cream Scoop. The ice cream scoop was initially referred to as Ice Cream Mold and Disher.

It was created to be durable, affordable, and simple to use with one hand. The scope was created so that it had no moving part that could be broken or even malfunction. However, Alfred L. Cralle, who was thirty, petitioned for and got patent #576,395 on February 2, 1897. He was the first African-American to get a patent in Pittsburgh.

Also read: Sarraounia Mangou: The Nigerien Queen Who Defeated the French Troops in 1899

A lot has been said about Alfred L. Cralle in this article. So, whenever you come across an ice cream scoop, always remember that the great man behind this remarkable invention is an African American known as Alfred L. Cralle. I hope you enjoyed reading this article about history and culture.