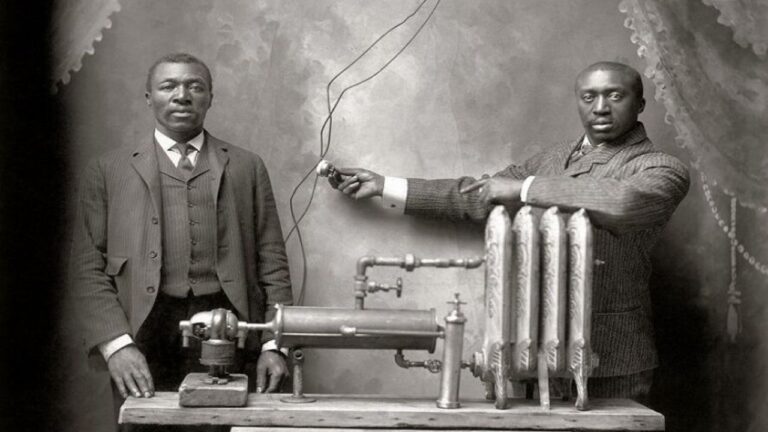 There are so many little-known black inventors and Charles S.L Baker is one of them. This African American genius was born enslaved and today he is credited with building the first radiator system using friction heat.

The question that lingers in the mind is “Could this have been our solution to Net-Zero in terms of Heat combustion?

Charles S.L Baker was born on the 3rd of August 1859 in Savannah, Missouri. Sadly, he lost his mother at three months old leaving him and his siblings to be raised by his owner’s wife and his father, Abraham Baker.

Baker was the youngest of five children and later got married in the year 1880 at age 21 to Carrie Carriger and they had a daughter, Lulu Belle Baker.

Read also: Sarraounia Mangou: The Nigerien Queen Who Defeated the French Troops in 1899

When the Civil War ended and the nation’s enslaved were freed, Charles Baker attended Franklin College.

The young Baker worked as an assistant to his father who was an express agent. This apprenticeship created opportunities for Baker to learn and nurture his interest in mechanical sciences.

Charles S.L Baker did not have any formal education in engineering, but he was a self-taught mechanical engineer. His work experience made him realize his undying love for mechanical sciences.

Read also: The Unsolved case of Louis Allen, the man killed for witnessing a murder by a powerful white man.

His Curiosity Led Him to His Invention

His curiosity as to how heat is produced through friction led him to dive further into friction research.

This alternative way of generating heat sparked the urge in Baker to create a device that can use the heat generated from friction.

On January 13, 1903, Baker finally invented and patented a radiator that heats up with friction. This was no mean feat because it took him 23 years to experiment with different types of metals and friction forms before he came up with his friction heater.

Read also: Garrett A. Morgan : The African American, who invented the Gas Mask, Sewing Machine Belt and the Yellow light of the traffic Signal

Charles S.L Baker’s friction heat radiator was a green-energy option. If it were in production today, it will cause no harm to the environment. Although his invention had some lapses, he still came up with an alternative method of producing heat without combustion.

During his patent application, Baker stated that friction heat can be produced with any mode of power like wind, water, and gasoline. He made it clear that the particular mode of power used in creating friction is not essential.

His device, according to him, was set to be the cheapest source of heat production at the time which made him win accolades such as ‘King of Clean Energy and ‘St. Joseph Negro Inventor.’

After years of trials, his device was near-perfect at the time of invention. Baker’s device was made up of two metal cylinders, with one inserted into the other. A wooden spinning core was put in the center to produce friction.

For over 20 years, Baker worked tirelessly to develop his theory about frictional heat, promoting it as a more cost-effective method than the radiator used at that time, built by Franz San Galli.

To preserve his work Charles S.L Baker secured a patent for his system, and he and a group of men started a company known as The Friction Heat & Boiler Company. Baker sat on the Board of Directors of what was a successful enterprise.

Charles S.L Baker was Hailed For His Invention

Other newspapers such as Daily Gazette and News-Press also published his story in 1904 indicating that his invention would “revolutionize the then heating systems.”

His company employed over 40 skilled and unskilled laborers to produce more radiators and had about $136,000 in capital stocks.

At that time, Baker’s capital stock was a lot of money which made him an affluent and honorable man in his hometown. His loyalty to his employees made his business thrive amidst racial prejudice which sometimes posed a threat to his finances, and his business flourished.

Read also: The captivating life story of the Barbadian lawyer who coined the term ‘Pan-African’