More Frustration For Team Nigeria, As Olympian Divine Oduduru Gets Disqualified at The Olympics For Making A False Start 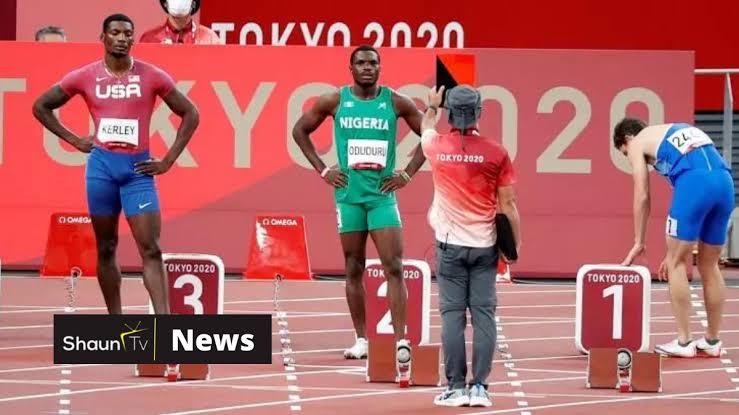 More bad news for the Nigerian Olympics team as another top sprinter is butted out of the Tokyo Olympics. Divine Oduduru was supposed to compete in the fifth heat of the race but he was disqualified over a false start.

In a series of disappointment for Team Nigeria, several athletes have either been suspended or disqualified; from the Tokyo Olympics for various cynical reasons. 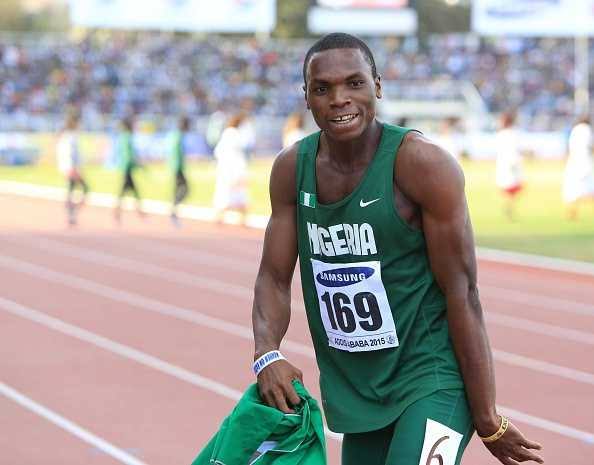 The video replay showed America’s Fred Kerley had made a movement before the gun; but it was Divine Oduduru who was disqualified, starting from Lane 2.

Earlier in the day, Blessing Okagbare, the country’s medal hopeful, was banned from the games after she failed a drug test.

D’Tigers, the country’s senior men’s basketball team, also crashed out of the Tokyo 2020 Olympic Games after losing 71-80 in their last Group B game on Saturday; which although they had rounded off their pre-Olympic preparations with impressive wins over the U.S. and Argentina; their performances at the Olympics didn’t live up to expectations.

Also three days ago, 10 Nigerian athletes were banned from the games.
In other news, Nigeria’s duo of Enoch Adegoke and Usheoritse Ese Itsekiri representing the country in the 100 metres at the Olympics; have qualified for the semi final after finishing 1st and 3rd respectively in their heats.Adegoke finished in a personal best time of 9.98s from the second heat to almost equal the 9.97s; he set during qualification for the games that was not accepted.

Itsekiri on his part finished in 10.15s in the first heat.